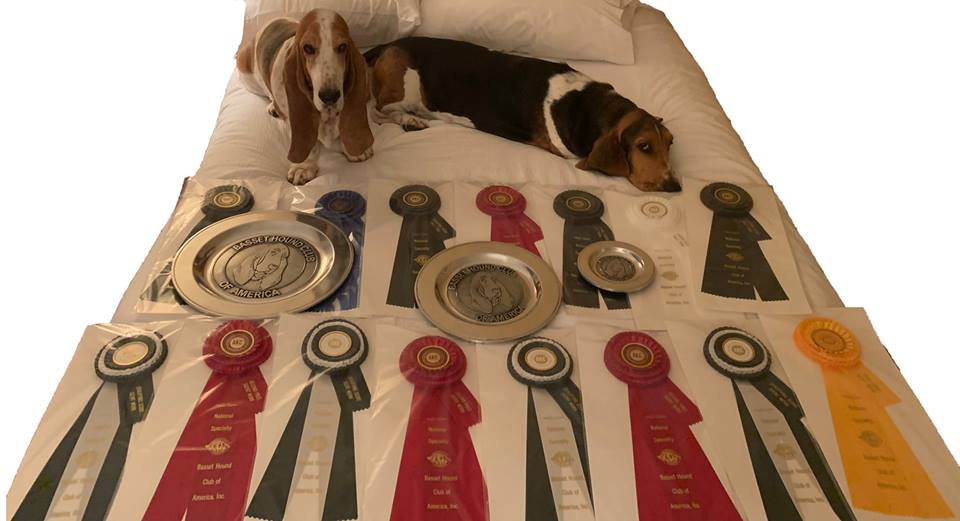 This month we would like to share the story of Edric & Gigi, star Basset Hounds from AZ Dog Sports.  Here is their story as told by their mom, Sherry. 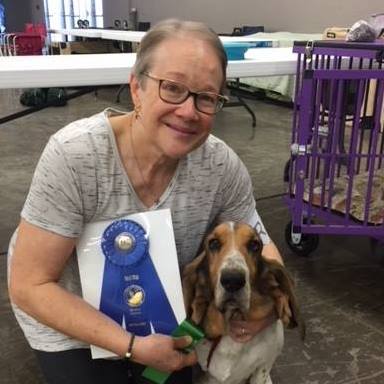 GCH Chikumanos Jp’s Happybarnyard Edric RE BN SWN SBA SCA SIA CGCU CGCA TKN, aka Edric, was born in Japan out of a Japanese dam and an American sire. He came to the US when he was nine months old to begin his show career. He is a retired Grand Champion and has been with the Moore family about three and a half years. He and his dog companion GiGi lived together before retiring to Arizona. Thanks to the wonderful trainers at AZ Dog Sports, together we have put all those initials after his name. He is a busy boy, and we have a lot of fun together.

He’s two years younger than GiGi.  GiGi’s sire is Edric’s grandsire, a dog who had a wonderful show career, winning the BHCA Nationals. Edric could not be more different from GiGi in personality. Both are loving Bassets, and share many things, but Edric needs a job! (Hence all the classes.) He is rarely still, and is usually found wherever I am, as he’s a real mama’s boy.

GiGi is much more independent, but that also is girl vs. boy, I think. Anyway, he absolutely loves being in class and in the ring. We are having a ball going to class and trials. Stay tuned, as he needs one more leg in Novice Obedience for his CD; we’ll be entering Rally Master this fall; working on finishing up that Scent Work Exterior Advanced to complete the whole Advanced level; AND he’ll be going back in the Conformation ring at our Nationals in October in the Veterans class. 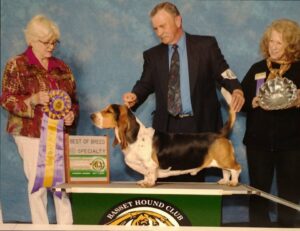